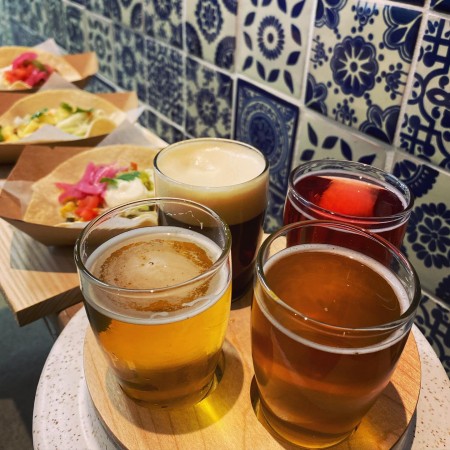 NORTH VANCOUVER, BC – Four months after the release of its first beer, a brewery aiming to bring a “genuine taste of Mexico to North Vancouver’s shipyard and brewery district” has announced the opening of its restaurant and taproom.

La Cerveceria Astilleros – Spanish for The Shipyards Brewery – has been founded by a group that includes head brewer Carlo Baroccio, and is located in the Lower Lonsdale neighbourhood.

Due to licensing delays, beer service is currently limited to one tasting flight per customer, but 12 ounce and 16 ounce pours will be available soon, as will other alcoholic beverages including wine and cocktails.

The food menu is focused on Mexican snacks including chips & guacamole, tacos, and churros, and Jarritos sodas are offered as a non-alcoholic beverage option.