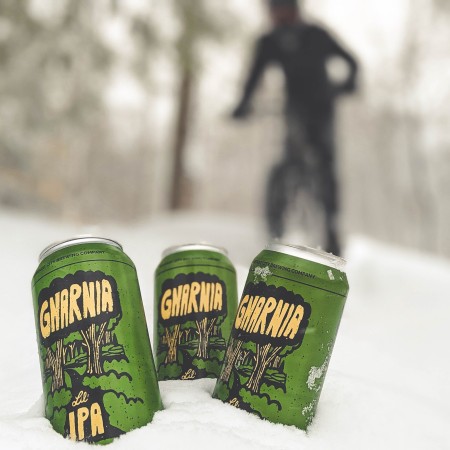 GRAVENHURST, ON – Sawdust City Brewing has announced the release of a beer that is “perfect for crushin’ after a long ride on the trails or a slow, reflective walk in the woods.”

Using the simple malt body of a Hazy IPA and fermented on Escarpment Labs’ Foggy London Ale yeast, we’ve created a flavour that suggests more than the 5.5% abv you get. Finally, we dry-hopped Gnarnia with tons of Mosaic and Citra hops to give it a big citrus aroma and pack it with all the juicy flavour you can handle.

Gnarnia will be released tomorrow (February 10th) at the Sawdust City retail shop and online store, and will also be available soon at select LCBO locations.