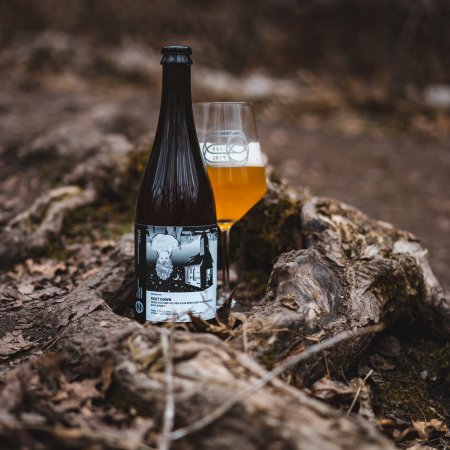 Alright, hear this: we’ve been busy. But don’t worry, we’ve bottled our productivity and cheers it is. Everybody knows we’re known for dropping science, so let’s talk acid and how we balanced this base. Since it’s hard to control what’s going on behind closed casks, blending barrel-aged mixed cultures practically guarantees beastly complexity. But the sign of real craft mastery is in curbing the naturally occurring acidity and bending it to your will—and curb it we did. So it’s not a put-down to say it’s our most subtle sour to date.

This mixed culture sour is spiced just right with ginger two ways: fresh from Blush Lane and cracked from Silk Road Spices. Both forms of this tasty rhizome bring flavours all their own, the former is spicy and intense, the latter is way more baked and mellow. But even together, the ginger has a soft touch so as not to sabotage the frontman: the beer itself.

Root Down is available now at the Establishment retail store and online shop.