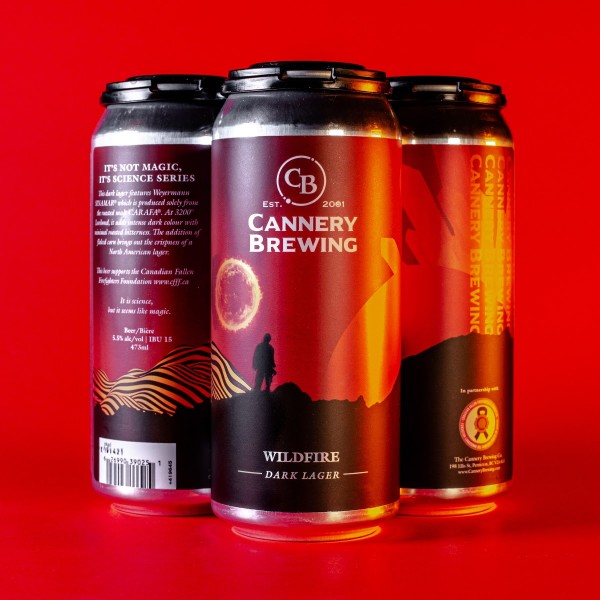 You may recall that in prior years, we brewed a Black IPA called Wildfire. We have reimagined this beer as a Dark Lager with a new recipe, and we are relaunching it for a limited time. Our new Wildfire Dark Lager features Weyermann SINAMAR™ which is produced solely from the roasted malt CARAFA™. At 3200 Lovibond, it adds intense dark colour with minimal roasted bitterness. The addition of flaked corn brings out the crispness of a North American Lager.

Wildfire Dark Lager is available now at the Cannery taproom and store, and soon at select beer retailers in British Columbia and Alberta. Partial proceeds from its sales will go to support the Canadian Fallen Firefighters Foundation.