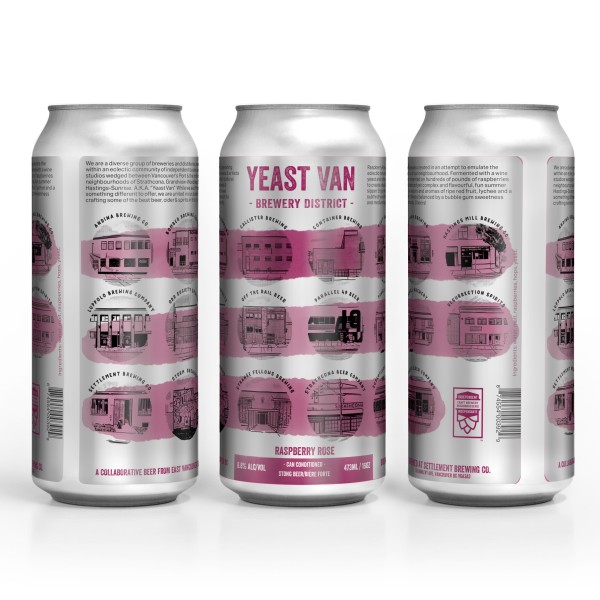 VANCOUVER, BC – The brewers and distillers clustered in an East Vancouver neighbourhood that has become known as the Yeast Van Brewery District have announced the release of their third collaborative beer.

Raspberry Rosé Saison (6.8% abv) was “fermented with wine yeast and has several hundred pounds of raspberries making for a tasty slammer.”

Yeast Van Raspberry Rosé Saison is available now at select private liquor stores and for online orders via Craft Co. Partial proceeds will be donated to Diversity In Brewing.