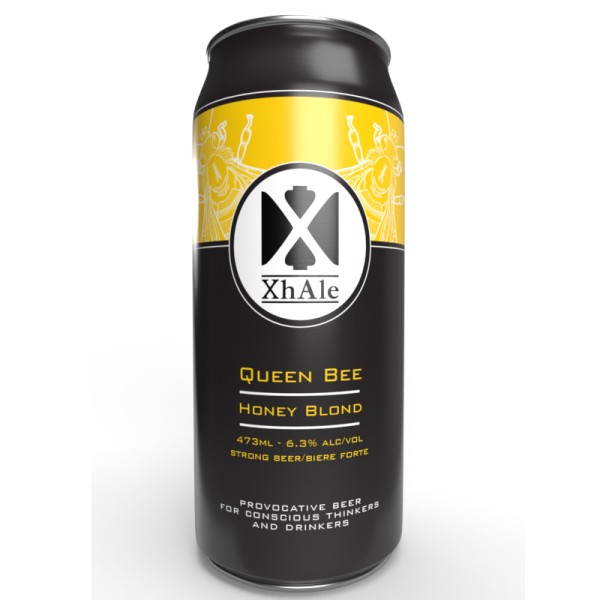 CALGARY, BC – XhAle Brew Co. has announced the release of a new beer to mark International Women’s Month in March.

She is the mother of all bees, and a fighter to keep her reign. Without the Queen Bee a hive wouldn’t survive. Queen Bee Honey Blond pays tribute to all the Queens who have gone before us, doing the hard work of opening doors, and those who will come after us, paving more paths. Uniquely using Dandelion Honey from Fallentimber Meadery and new-world French hops, Queen Bee is a complex balance of apple blossom, mandarin zest, and balanced honey sweetness that finishes perfectly dry with a hint of spice.

Queen Bee will be available soon at beer retailers throughout Alberta. Partial proceeds will be donated to Gems For Gems, an organization that is “committed to ending the cycle of domestic abuse by focusing on the economic recovery and empowerment of survivors.”