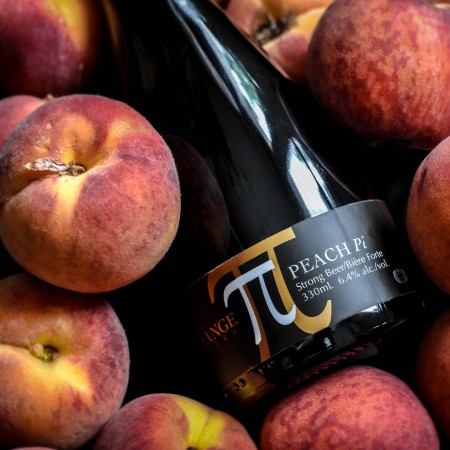 NIAGARA-ON-THE-LAKE, ON – The Exchange Brewery has announced a seasonal sour beer that had a popular run last autumn is now back for the summer months.

Being in the heart of Niagara-on-the-Lake’s “Peach Country”, The Exchange Brewery naturally came up with a Peach Ale, but with their own signature “sour twist”. This Blonde Ale began with a short lactic fermentation in the kettle, before its journey to wine barrels. It was aged on a generous amount of peaches with cinnamon bark, vanilla beans and a touch of Brettanomyces.

Peach Pi is available now in 330 ml bottles at select LCBO stores in Ontario, as well as the Exchange Brewery retail shop.