FREDERICTON, NB – The winners of the 2020 edition of the Down East Brewing Awards – a judged competition open to all commercial breweries in the Maritime provinces – were announced late last week as part of the 1st annual Down East Brew Conference in Fredericton. 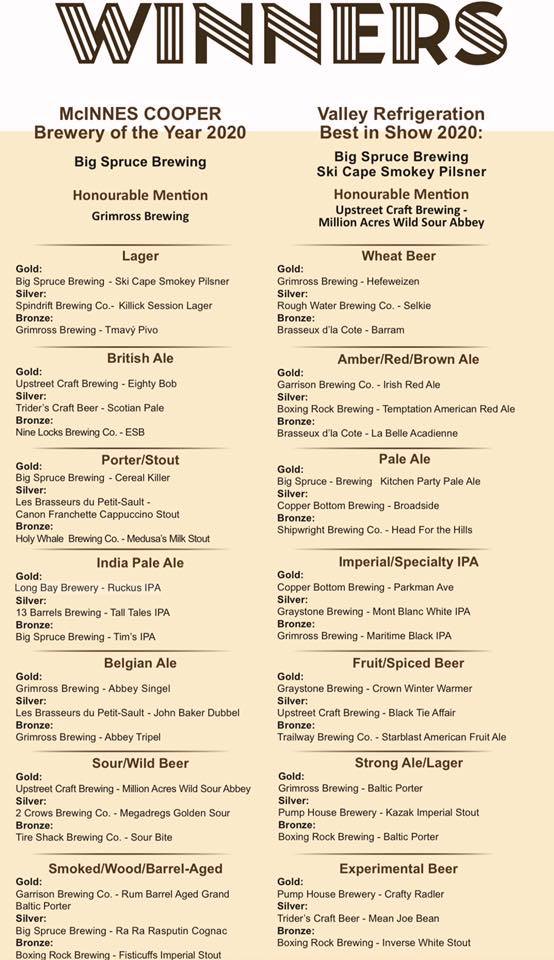