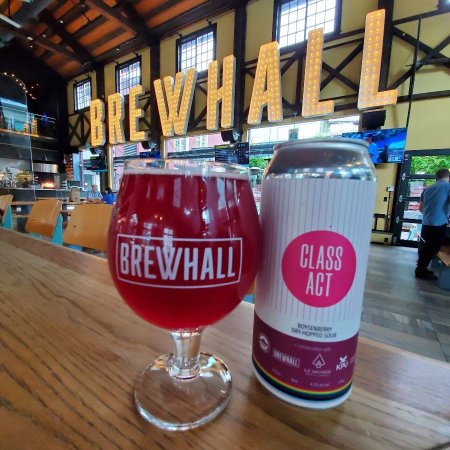 VANCOUVER, BC – While the 2020 edition of the BC Beer Awards has been cancelled due to COVID-19, the organizers have announced that they’ve gone ahead with a collaborative beer release for the event-that-wasn’t.

The beer was brewed at BREWHALL in collaboration with Kwantlen Polytechnic University Brewing and Île Sauvage Brewing, the winners of Brewery of the Year and Rookie of the Year respectively at last year’s Awards. It also has an imporant message behind its name:

We acknowledge more needs to be done in BC’s beer industry to support and uplift people who are marginalized by systemic racism, sexism and homophobia. BCBA encourages members of the BC beer scene to use our voices to be visible allies and to commit to learning about and speaking out against injustice in our community; be a Class Act.

Class Act is available now at BREWHALL and other select bars and beer retailers in British Columbia.