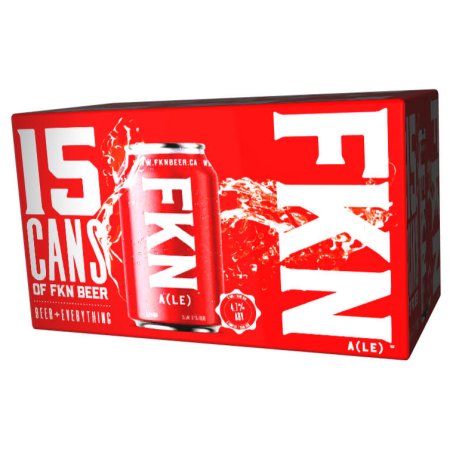 KAMLOOPS, BC – Furniss Kirk Nterprises (FKN) has announced that its flagship beer is now available in 15-packs of 355 ml cans throughout Western Canada.

FKN A(le) (4.7% abv) is an American-style Pale Ale brewed with Cascade hops, described as “an easy to like, straightforward beer for people who love sports, summer, and good times.”

Originally launched in early 2020, it is currently being brewed under contract in Calgary for distribution in British Columbia, Alberta, Saskatchewan, and the Northwest Territories.