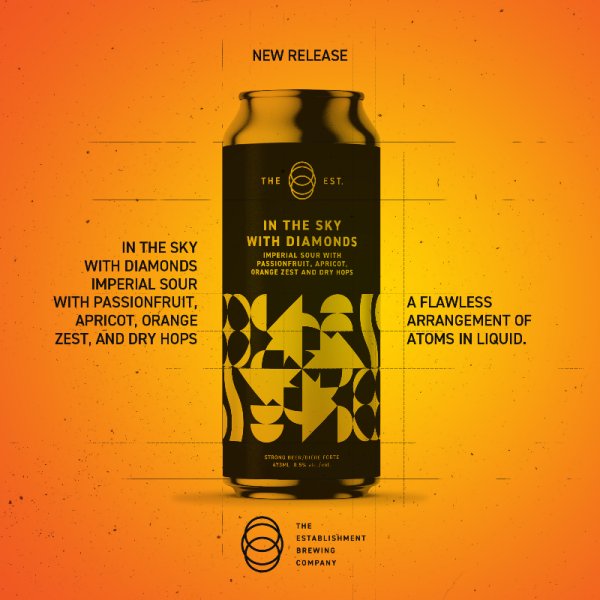 CALGARY, AB – The Establishment Brewing Company has announced the release of the last in a series of sour beers inspired by a psychedelic classic.

In The Sky With Diamonds Imperial Sour (8.5% abv):

All good things must come to an end, but the best ones go out with a bang, and our next beer is no exception. This grand, canned culmination of the LSD series is the aptly titled In The Sky With Diamonds. We’ve taken the greatest hits from the previous beers in the series and remastered them to bring you this super deluxe edition.

This beer was born in the deeply saturated overlapping portion of the Venn diagram depicting Tangerine Trees, Marmalade Skies, Cellophane Flowers, and Kaleidoscope Eyes. We took passionfruit, apricot, orange zest, and dry-hopped the whole equation to high heaven. It’s as fruity as you’d expect, tart as you like, and far more powerful than your palate would have you believe.

In The Sky With Diamonds is available now at the Establishment retail shop and online store.